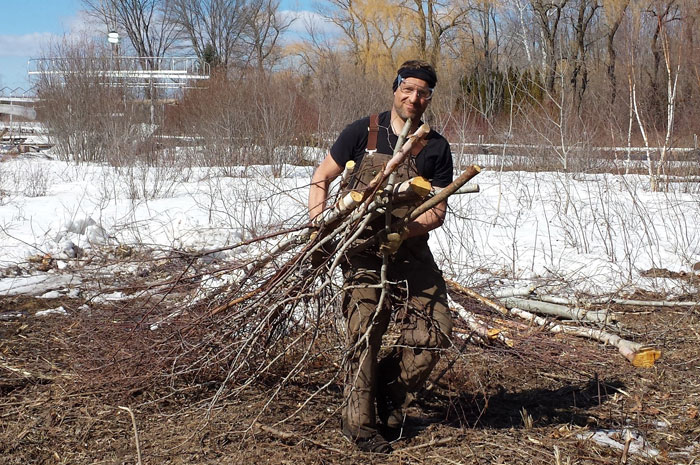 In 2006, a private resident on the east side of Big Marine Lake in Scandia, MN retained the services of CCES, Inc. to begin a long-term ecologically sensitive lakeshore restoration project along approximately 135 linear feet of shoreline. When CCES initially evaluated the site, it was noted that much of the lakeshore area contained a remnant wet meadow habitat and even supported a rare species of orchid, the Minnesota state-threatened species, tubercled rein orchid (Platanthera flava var. herbiola). The majority of the wet meadow habitat had become over-grown with shrub species including willow and quaking aspen and also contained a number of non-native and invasive species including hybrid cattail and reed canary grass.

CCES ecologists worked with the landowners to devise a plan which would restore the system to a more diverse wet meadow system utilizing the existing native seed bank that would allow the threatened orchid to both survive and proliferate. Additionally, the project would help protect the lake shore form wave action and erosion as well as filter any runoff entering the lake from overland runoff in the area. To begin the project, CCES implemented a prescribed burn in the Spring of 2007. During the following growing season, CCES completed further management of the site executing a highly sensitive herbicide application as well as additional shrub removal. Following these initial implementation efforts, CCES continued to monitor the site as well as the overall success of the state threatened orchid species completing additional management work as needed to maintain the site. In 2014, CCES secured a shoreline permit from the Minnesota DNR and expanded the restoration area and completed additional shrub removal work, creating additional native plant and orchid habitat. Follow-up monitoring work was completed in 2014, with hundreds of tubercled rein orchids being documented in the small restoration area.