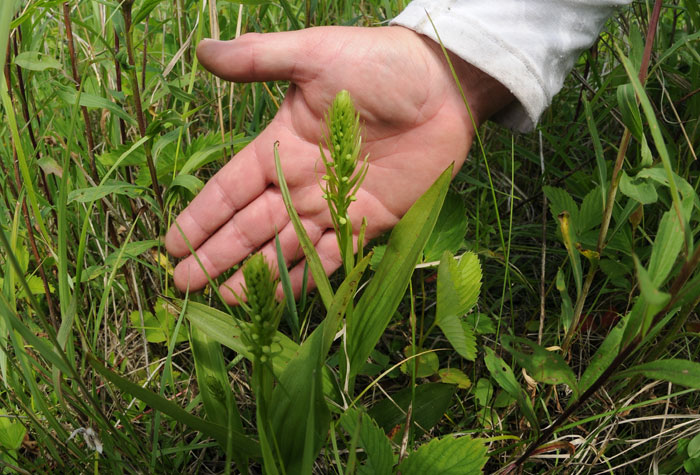 Survey work occurred on both public and private lands where landowners approved access. The intensive survey work lasted through the 2012 growing season and had remarkable results. In a single field season, CCES ecologists detected 23 new populations of tubercled rein orchid. To put this in perspective, between 1892 and the start of the 2012 field season (120 years), only 36 populations of tubercled rein orchid had been documented in the state of Minnesota. In 2012, CCES almost doubled the number of recorded detections in the State. With this increase in finds, so much more is now known about this rare orchid species especially in regard to its habitat requirements, associated species, and its phenology.

In addition to field survey work, CCES also created database information for each population of tubercled rein orchid detected as well as specimen collections and highly detailed herbarium labels as necessary documentation. This information was provide to the client, the Minnesota DNR. CCES has also given several presentations and led a number of field trips in an effort to share the scientific results of this project, furthering the understanding and conservation of the tubercled rein orchid in Minnesota.